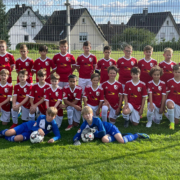 We proudly announce that StabilRoad is the official main sponsor of the German football club FSG Wettenberg. As children are our all future Supporting of youth is one of StabiRoad major aims. StabilRoad works constantly for a healthy environment and a bright future to come for the next generation. 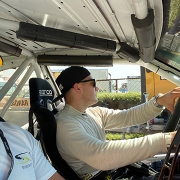 Drift is a relatively new type of motorsport discipline and the only one where the result is not a competition based on the best times, but determined with points by a panel of judges. Drifting competitions are held worldwide and are judged according to the speed, angle, showmanship and line taken through a corner or set of corners. As a sport, drifting began in Japan in the 70’s.

Oliver Randalu started competing in 2017 and since then StabilRoad has been his main sponsor. In Drifting, the road must be evenly stable, solid, perfectly leveled and without holes – this is exactly what StabilRoad specializes in. StabilRoad® technology allows to create ideal, strong and durable soils for highways and other objects requiring a stable foundation.

“For me, Drift is full of adrenaline and a spectacular racing sport where every driver expresses his way of driving style based on a specially built competition vehicle” says Oliver Randalu, and continues “I’m pushing myself and my car to the limits, in order to be better and more competitive every year, my goal of course is to reach the top of the European Drift Championship and get on the podium”.